Upgrading Technology To Be Sustainable

Technology Innovations: Can They Improve Cognitive Function
and Human Performance? 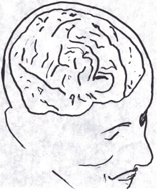 What Happens To The Brain When You Improve Signal Quality? And How Does This Increased Brain Coherence Effect Human Performance?

Dr. Lyubimov,  head of the Laboratory of Neurocybernetics at the Moscow Brain Research Institute Academy of Medical Sciences conducted a research study to provide an initial, but rigorous evaluation of the effects of Coherence Technology™ (CT) on the electrical activity of the human brain, as measured by the electroencephalogram, or EEG.

The following is a brief summary of the testing methods and results achieved.

Six subjects were studied. Each person participated in two one-hour test trials. They wore a standardized electrode cap. All data was recorded and stored on a hard disk. All subjects were seated in a room approximately 12’ x 14’ within a large three story office building.

When the CT was connected to the electrical supply, an increase in specific organization of electrical activities occurred in all of the test subjects, i.e. brain wave activity became more orderly. The researcher noted, “...this means more creativity, less stress, greater productivity, and improved health.” *

Dr. M. Barry Sterman, a Professor Emeritus in the departments of Neurobiology and Biobehavioral Psychiatry at the UCLA School of Medicine conducted a research study to provide an initial but scientifically rigorous evaluation of the effects of CT on the electrical activity of the human brain. Three subjects were studied. Each person participated in test trials administered over a six-hour period. Subjects wore a standardized electrode cap with 19 recording sites. All data was recorded and stored on a hard disk.

A computerized version of the Continuous Performance Task, or CPT, was administered. This test records accuracy and recall of cognitive stimuli. All subjects were seated in front of a computer and were given the CPT test. The test was repeated four times: twice with the CT equipment disconnected and twice with the CT equipment connected. Subjects were not aware when the equipment was connected or disconnected.

On the cognitive test, two of the three subjects showed a 20% faster reaction time along with a 3 to 17% increase in accuracy when the CT was on.

The researcher concludes that despite the fact that few subjects were studied, the overall picture that emerges is that CT had a meaningful and positive effect on the subject’s ability to sustain attention. “Such a finding was both unprecedented and unexpected.”

All subjects were seated on a reclining chair lined with a mat containing the CT. They were asked to close their eyes and relax for 30 minutes. This procedure was repeated four times; twice with the CT disconnected and twice with the CT connected.

During the resting phase, when the CT was off, all subjects showed brain wave patterns that were indicative of drowsiness and sleep (which is natural in a reclining chair with eyes closed). When the CT was turned on, EEG patterns were similar to those patterns of activity in the brain systematically associated with superior attention and memory performance.

The researcher commented that: “this (CT) equipment appeared to support general attention and suppress the urge to drowsiness and sleep, even when the eyes were closed for a prolonged period. This provocative conclusion is certainly worthy of further investigation.”

Dr. LeGunn EEG findings with Quantum Byte Software: “Dr. LeGunn has completed his testing and has good results. He tested about six subjects before and after exposure to the CT Software while using a computer and I am advised there were significant/positive brain wave changes in the majority of subjects.

A test questionnaire was given measuring energy and stress levels, psychological and physiological response to computers and telephones, job satisfaction, and productivity.

There were a total of 47 employees in five different groups.The test questionnaire was filled out by each employee before the installation of the CT.

CT was installed at each workstation for a period of two weeks. At the end of two weeks the test questionnaires were filled out again.

The five different groups showed improvements ranging from 17.9 to 31.8% at the end of the two-week period with the CT connected.(In the studies where the CT was removed, a reversal of improvements, ranging from 19.2 to 24%, occurred.)

At the International Monetary Fund in Washington DC:

Sixteen CT Software programs were installed on Computers in the External Relations Department and the Administration Department’sGraphics Sections of the IMF. Staff in those departments completed a questionnaire indicating the following benefits: